You must’ve heard Flutter has released its second update last week (March 3, 2021). As the company itself claims, this version is a full-scale community effort, so you can expect some developers-oriented juicy functionalities.

Flutter 2.0 is packed with new capabilities and improved experiences with brand new and the existing features. Let’s get to the tea!

We’ll begin with the brand new functionalities, cover some of the yummiest updates to the existing Flutter features, and finally look into what are some of the brands’ plans for the update.

Flutter is a young, yet well-known framework for cross-platform development. Its primary focus was on building native iOS and Android apps from a single codebase. Flutter 2 takes it a step further and adds web applications to the list of fully-supported environments.

For business owners, it means reaching an even wider audience in less time.

For engineers, a single codebase is expected to significantly facilitate and speed up the development process.

What matters the most

The key strength of applying Flutter to cross-platform was its emphasised ability to keep the experience as close to a native app as possible while writing a single code. Now, with web platforms fully stabilised, you can expect a boom in building rich, interactive web applications with Flutter.

What’s in the box?

New and better, Flutter 2.0 has a meaty stuffing underneath what appears to be a simple and intuitive framework. When it comes to web apps, two of the most important tech aspects are:

There’s more to look forward to in Flutter web apps

While web applications are definitely a sweet addition to Flutter’s cross-platform arsenal, there are still certain features that are missing as of this release. In particular, we would like to see some more “web” in the “applications”. Here are some of the major missing points that the Flutter team still has time to hit just right:

There is more work that needs to be done, and yet, as we can see even from this update alone, the Flutter team is not planning on slowing down any time soon!

Now, this one is not fully stable yet, so be ready for some surprises along the way. As of early March ‘21, you can set the desktop as a deployment target for Flutter apps. What’s important here is that Flutter desktop is practically inseparable from its main language – Dart, which had its own recent update to Dart 2.12.

As Chris Sells from Flutter highlights, the key goal for this “beta snapshot” is to “ensure that text editing operates like the native experience on each of the supported platforms” (Medium). This is made possible by foundational features like text selection pivoting or TextField widgets.

Another essential improvement brought about by Flutter 2 is the ReordableListView, which significantly facilitates the process of moving items around for developers. Here, functionality is achieved thanks to an updated scrollbar and convenient grab handles for an effortless drag-and-drop experience.

The documentation needed for releasing a desktop application has been fully updated as well. If you want to give it a try firsthand – see the full directions on Flutter docs.

In order to ensure that one app built in Flutter will adapt equally well to all the 6 platforms they potentially plan to cover (i.e. iOS, Android, web, Windows, macOS, and Linux), the scrapbooking application – Flutter Folio – has arrived.

It’s an example of an app that looks good on screens of all sizes, leverages touch, keyboard, and mouse input, and knows exactly how to adapt to the specifics of each platform. The source code for Folio is now available on GitHub.

Another beta release that will make digital marketers excited! Google Mobile Ads SDK for Flutter is a new plugin dedicated to overlay, banner, and native ads for mobile devices. Its unified support of Ad Manager and Admob makes it versatile for advertisers, regardless of a publisher.

While Flutter has taken some serious steps towards investing in web apps and desktop stabilisation, it doesn’t mean they’ve forgotten about the basics. Let’s take a look at some of the most demanded changes to the original components of the framework.

The most important announcement is that after numerous requests, Flutter has finally added a possibility to build IPA directly from the command line without having to rely on Xcode. Furthermore, the Cupertino design language implementation has been updated with some fresh UI (e.g. iOS search console).

This release brings on board two new widgets: AutocompleteCore and ScaffoldMessenger. The first one does exactly what you’d expect, and simplifies the coding process with a long-requested auto-complete function. The ScaffoldMessenger is dedicated to SnackBar-related issues.

From the very beginning, the Flutter team thought everything through and ensured you can take advantage of their latest updates even if developing a brand new application is not on your to-do list for now.

The original goal behind Flutter was to create more than just a handy framework – they were aiming at providing developers with a better experience by simplifying core processes. That’s why it shouldn’t come as a surprise that a whole lot of plugins and tools already available in the previous versions got their own upgrades.

This includes the most popular plugins like Core, Authentication, Cloud Firestore, and others, as well as Flutter Plus plugins built by the community. You can see the full updated list of the official Firebase plugins of Flutter here and feel free to check Flutter community plus plugins right here.

Not only does Flutter 2 come out as a more seasoned and multi-purpose framework, in less than a week since its announcement, but some large international companies have already decided to commit to it long-term!

It all started with Ubuntu announcing it’s adopting Flutter as the default choice for its apps on March 3, 2021. However, the loudest news was, undoubtedly, the recent decision of Toyota to use Flutter for its in-car infotainment systems. Also, this project is said to be one of the most innovative ones for the industry, as the Toyota-Flutter cooperation will utilise the Embedder API.

Surely, there are more brands to follow Toyota’s example, as Flutter continues to improve. There’s just one more question left to answer.

What does Flutter 2 mean?

First of all, Flutter 2 is a timely response to all the haters who didn’t believe in it from the start. A release of such a volume and with so many independent components proves that both Google (as the main name behind Flutter framework) and the community believe in what they do. If you don’t rely on numbers but need to see real-life results to embrace something – this update is your wake up call.

If you’re still not sure whether Flutter is better than Kotlin Multiplatform (KMM), or if it stands a chance in Flutter vs React Native comparison – Flutter 2 should dispel any doubts. And if you fear that the framework is still too young to have a strong foundation – trust the Flutter development company that’s been there when it all started.

Work with Miquido and utilise the full potential of Flutter 2.0! 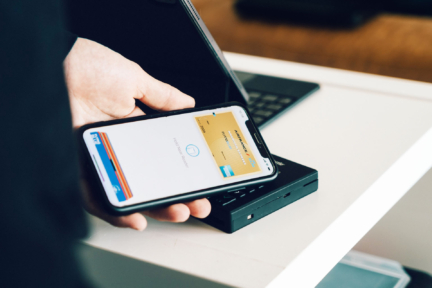 8 major trends in mobile app development you need to know 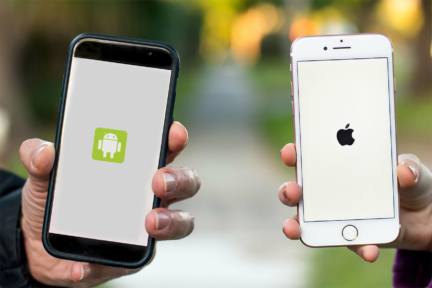 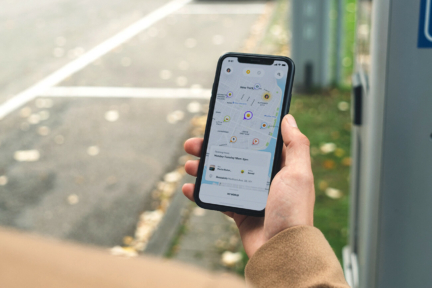