/ / Software development / Benefits of the Angular...

Benefits of the Angular framework: Why choose it for your next project?

25 Apr 2022 | 7 min read
Miquido Author
Table of contents
What is Angular?
Why should you choose Angular for your next project?
Great user interfaces
Easy and effective development
Built on Typescript
Used by the best
Summary: Getting started with Angular
Share

If you’re planning to start a new frontend development project, you’ll need to choose the right framework. But how do you know which one best meets your needs?

Many companies opt for the Angular framework. Angular markets itself as “the modern web developer’s platform” and is used around the world by highly successful companies including Google – the framework’s creator.

To help you decide if Angular is the best option for you, we explain what the framework is and the key benefits of using it. Read on to learn more.

Angular, also known as ‘Angular 2+’ is a free and accessible web app framework that is built on Typescript. Angular is open-sourced, meaning the source code is freely available to anyone.

The Angular framework was designed and developed by Google as a step up to the original ‘AngularJS’ which was created in 2009. Since then, there have been 12 improved versions of Angular, with Angular 13 released on 4th November 2021. The framework is currently managed by a team of Angular engineers, as well as a community of collaborators.

Angular is made to build single-page applications for both mobile and desktop and uses HTML and TypeScript. It comes with a number of features that allow developers to build sophisticated apps that deliver rich user experiences.

Why should you choose Angular for your next project?

Now that you have a better understanding of what the Angular framework is, here are the main reasons why you should consider choosing it for your next frontend development project.

Now let’s discuss each of these benefits in more detail!

One of the key Angular benefits is that it allows developers to create amazing user interfaces. It does this in a few ways, including the ability to load apps fast and ensure great performance. Using features such as the Component Router, which only loads the required code for rendering, Angular promises “near-instant rendering” which will ensure users are kept engaged and happy.

Additionally, Angular uses declarative user interfaces (UI), which means that it uses HTML (rather than JavaScript) to define the UI. This allows developers to create UI experiences that are complex, intuitive and dynamic, as well as more customisable. All this will help your app stand out from the competition.

Angular works by organising the code into groups called ‘modules.’ Aside from making it easier for developers to organise, split up and reuse parts of code, modules will also positively impact the app’s performance. They allow for ‘lazy-loading’ which makes it possible for some of the app’s features to load in the background, or even on-demand. This all contributes to a smoother, faster and more seamless experience for the user.

Angular is so popular among developers because it allows them to work efficiently as individuals and as part of a team.

For example, if you need a native desktop version as well as your web app, your developers won’t have to re-create everything from scratch.

However, it is worth mentioning that in order to use Angular for purposes other than web app development, you’d need to use additional tools (such as Ionic for mobile or Electron for desktop).

Angular allows for modularity, which can make the development quicker but also gives the developers the possibility to work more effectively as a team. Modules mean that the work can be split between different team members while ensuring that the code is organised. Individual team members could work on specific modules at the same time – helping to improve delivery times and productivity.

The modular system makes it easier to individually test parts of the code without affecting the whole thing. Again, this is another feature that will mean faster development times for you and will minimise the risk of additional charges.

TypeScript is Angular’s primary language. While a distinct language, TypeScript is actually a superset of JavaScript, meaning that it is heavily based on it. All JavaScript code is fully compatible with TypeScript.

So what’s the difference? TypeScript expands on JavaScript with features that can be extremely valuable to developers. The main benefit is that it allows for static typing, which helps to improve the quality, consistency and readability of the code. Static typing means only data that matches the predefined type (e.g. number), will be valid. This feature makes it a lot easier for developers to spot errors and rewrite the code as they work. This is why some developers say that “TypeScript is like JavaScript but with no surprises.”

Used by the best

Angular is maintained by the tech giant itself – Google. This means you can count on regular updates, improvement and support. As well as this, Google uses Angular for many of its own public-facing apps and websites including Google Cloud Platform, AdWords, Gmail and many of its internal tools.

Other world-leading apps and sites are also built on Angular – Youtube TV, Upwork, Forbes, IBM and Microsoft Office Home are to name only a few. These companies each have impressive and highly successful apps and websites. It’s easy to see why Angular remains one of the most popular frameworks today.

Summary: Getting started with Angular

By now you will understand exactly what Angular is and why it’s so popular among developers. If you’re looking to create intuitive websites or applications quickly and cost-effectively, then Angular may be the framework for you.

If you’ve decided to choose Angular for your next project, the next step is finding the perfect Angular development company. Miquido is an expert in Angular and can work with you to deliver the app or website you’re dreaming of.

1
Share
Miquido Author Software, design, and product strategy specialists sharing their knowledge accross the industries
Miquido Author
Table of contents
What is Angular?
Why should you choose Angular for your next project?
Great user interfaces
Easy and effective development
Built on Typescript
Used by the best
Summary: Getting started with Angular
Share 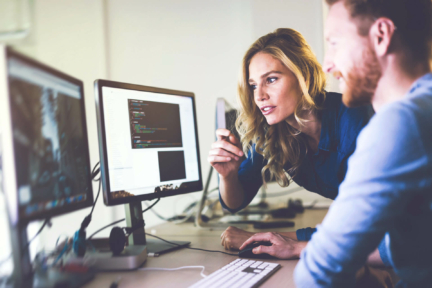 The best frameworks for frontend development 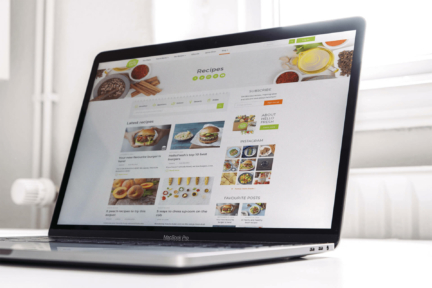 What is frontend development? Learn the basics 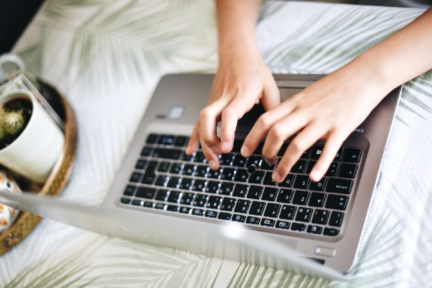 How to improve the performance of your Angular app