AGH Solar Boat Team is a group of passionate students from the University of Science and Technology in Kraków, bound together by a common goal – constructing an electric racing boat powered entirely by renewable solar energy. Young engineers treat constructing a ship as a technical challenge and an occasion to spread a message about balanced maritime transport development. What’s truly noteworthy is the fact that the student group really cares about our planet and climate’s latest challenges. That’s why they take actions to impact the development of the industry.

The project team successfully competes in numerous international regattas and always strives for perfection when it comes to developing technology used in their solar boats. Last but not least, the success of hard-working Solar Boat Team members inspires many other young talents to get involved in climate actions as well. For all these reasons, when our Miquido team heard the students’ story, we immediately decided to help the students realise their dreams about the new project – constructing the autonomous boat and taking part in the race in the USA.

The AGH Solar Boat project started in 2015 as the initiative of two student organisations: Eco-Energy Science Club and Academic Sailing Club. The first boat, “Baśka,” was built in 2017 and immediately represented Poland at the Monaco Solar & Energy Boat Challenge, winning 5th place among 30 ships worldwide. The AGH team, loaded with emotions and heads full of new ideas, worked hard through the following years to achieve much more.

The beginnings weren’t easy. The team faced a lot of troubles and would never know if what they were constructing was right. Nevertheless, they kept their faith in the project. After two years of hard work, sleepless nights, and many challenges, the students’ dreams finally came true. In 2017 they made it to the Monaco Solar & Energy Boat Challenge and finished 5th in the general classification for class A. The tremendous success came a year later when they won 3rd place at the Monaco Solar & Energy Boat Challenge. In 2019 the students reassured the world about their position amongst the most significant solar energy racing boat teams by placing 3rd again.

As the AGH Solar Boat Team supporter, we decided to talk to Robert Koziarski – the Autonomous Boat section’s Team Leader and a person responsible for taking care of the entire R.O.B.U.R. project. We wanted to find out what the team has achieved with our support and what are their updates since our last contact before the RoboNation competition in the USA. Our PR & Lead Marketing Senior Specialist, Małgorzata Nobile, talks with Robert about the Team’s progress and plans for the following months.

An interview with Robert Koziarski, the Team Leader of the AGH Autonomous Boat

Małgorzata Nobile: Hi Robert! Thank you for taking time out of your busy schedule. As the Team Leader, you’re not only coordinating the team’s daily work, but also supervising every aspect related to sailing races! I hope this year’s season has been great and successful. I know you’ve been involved in the project for almost two years. Please tell me, what did you get, as a team, from participating in the AGH Solar Boat project and the RoboBoat 2022 competition in the USA?

Robert Koziarski: The AGH Solar Boat project allows us to develop technical skills in the area of our interest and university expertise. The competition in which we took part, RoboBoat, was an opportunity to validate our ideas about building an automatic boat and putting them into practice. It allowed us to learn new skills, meet other teams, share our knowledge, and ultimately have a lot of fun!

MN: How was it to work on constructing the automatic boat R.O.B.U.R.? What challenges did you face?

RK: We work simultaneously on the automatic boat in all areas, including software, construction, electricity, and composites. By the time we produced the physical hull of the boat, we already had the first version of the software ready, which allowed us to start testing it at an earlier stage. In the following months, we extended the features by adding new modules to the existing code. Before we flew to the contest in the USA, we performed all necessary tests.

MN: What did you achieve by working closely with technology companies like Miquido?

RK: Miquido’s support allowed us to develop the boat’s vision system. It’s based on the neural network provided by Miquido. Unfortunately, for the lack of crew, it was impossible to implement this system into the boat during the competition in the USA. Nevertheless, the progress made in this field will surely prove fruitful for our project in the future.

MN: What are the AGH Solar Boat and R.O.B.U.R. plans for the future?

RK: Despite all the difficulties we had to face, our memories of participating in the RoboBoat competition are mostly positive. We want to compete in the U.S. the next year as well – this time intending to fight for the top places. We’ll undoubtedly benefit from the knowledge and experience we gained from this year’s race. While having the lesson learned in mind, our plans include:

We’re also constantly looking for opportunities to showcase our boat. So, in addition to participating in the RoboBoat competition, we’re aiming for the Njord Competition in Trondheim, Norway.

MN: Robert, thank you for your time! I’m keeping my fingers crossed for the future achievements of the AGH Solar Boat Team. The Miquido team can’t wait to see your next successes in developing the autonomous boat, R.O.B.U.R.!

R.O.B.U.R. is the autonomous boat designed and manufactured in response to the deteriorating state of the environment. It’s the second ship of its kind built in Poland. The boat can autonomously carry out environmental measurements, such as examining water and air pollution levels. Its hull is made of advanced composite materials. The boat’s autonomy is possible thanks to a camera-based vision system, the ROS system, and in-house written software using neural networks. The autonomous ship has a drone on board, developed by the students to support the boat’s work by locating objects in hard-to-reach areas and accurately mapping the terrain.

This June, R.O.B.U.R. performed in the international arena in the U.S.A. by finishing the RoboBoat contest. RoboBoat is an international competition that invites participants to tackle simplified versions of challenges facing the modern maritime industry. These challenges may include coastal surveillance, port security, oceanographic exploration, and cooperative behavior between systems operating in different domains (air and sea).

The autonomous boat had a chance to compete with more than 20 teams. Moreover, the students could look at other constructions made, for example, by the Massachusetts Institute of Technology. During the race, young engineers struggled with reconnecting the ship’s construction parts after transporting it from Poland to the U.S.A. Another challenge faced was the operation of the electrical components and software.

Despite the technical problems encountered by the students, the judges appreciated their project and determination by recognising them as one of two awarded teams. In the end, the Polish autonomous boat won the Judges Award Dedication. It’s a significant success for the first start of R.O.B.U.R.! 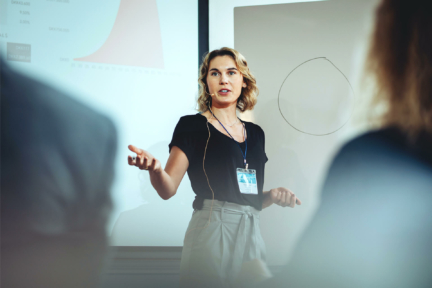 The best way to start off your career in IT: 10 questions about the internship at Miquido 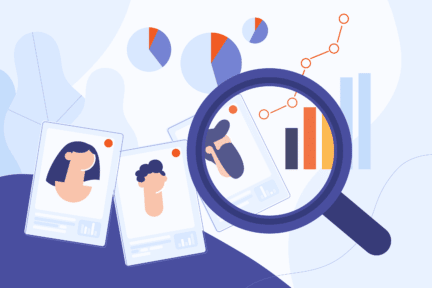 Top 8 market research methods: Conquer the market with your product