/ / Software development / What is Kotlin? Learn...

10 Nov 2021 | 12 min read
Luiza Stelitano Content marketing specialist
Table of contents
What is Kotlin?
What is Kotlin used for?
Android development
Server-side programming
Cross-platform development
Kotlin vs Java
Java: a brief overview
Java or Kotlin: which option is better?
Benefits of using Kotlin
Conciseness
Security
Interoperability with Java
Going beyond Android
Kotlin programming language: summary
Is Kotlin Popular?
Is Kotlin worth using in 2023?
Is Kotlin native or cross-platform?
Can Kotlin be used for iOS?
Share

Used by over 60% of Android developers, Kotlin has quickly established itself as one of the languages of choice when it comes to mobile. In this article, we’re going to take a closer look at the language: its history, the most common uses, and how it differs from its spiritual predecessor – Java. Let’s get right into it!

Kotlin is an open-source, general-purpose programming language originally created for the Java Virtual Machine (JVM). The language was created by JetBrains, that started working on Kotlin in 2010, and the project was made open-source shortly after in 2012. The 1.0 version was released in 2016, and no more than three years later, Google announced that Kotlin is the preferred language for Android.

Kotlin was originally meant as an alternative to Java and is fully compatible with it. This means that Kotlin can be used for updating and modernising the projects written with Java and actually expanding them, which is one of the main perks of using the language.

What is Kotlin used for?

There’s a variety of ways Kotlin can be applied for different domains, and the list of possible uses is still growing. In this section, we’ve highlighted the most common ones.

Kotlin is the language recommended for Android development and it is mainly used for this purpose. This includes projects written from scratch, as well as modernising those originally written in Java, which was the go-to language for Android before Kotlin.

According to the 2020 Kotlin census published by Jetbrains, over 80% of the developers surveyed recommend Kotlin for this purpose.

Though it’s a less common usage of the language than mobile development for Android, Kotlin is a great choice for backend application development. It allows for building scalable, fast applications able to handle thousands of users.

There’s also the possibility of writing new code using Kotlin, and still having older code written in Java since the two languages are fully compatible.

Kotlin may not be the first choice for cross-platform development, but this use of the language is gaining popularity among developers. With Kotlin Multiplatform, a software development kit meant for creating cross-platform apps, you can use one code base for both your Android and iOS projects.

Build an app that works on both iOS and Android

Multiplatform projects are still being tested, and the features and uses may change in the future, but it’s establishing itself as a very promising cross-platform alternative.

Kotlin is perhaps most often talked about as an alternative to Java, and the popularity of the language stems in a large part because of the ability to modernise projects written in Java. While it’s true that the languages are obviously similar, there are differences between them that cannot be overlooked.

Even if you’re not so familiar with tech terms, there’s a large chance that the word ‘Java’ at least rings a bell. This is because Java is one of the most popular and commonly used programming languages, with top brands such as eBay or Google picking it for their development needs. Java has been around for over two decades, which comes with its own perks, such as the vast number of resources for the developers to learn from, and huge community support.

Java is known for its versatility since it was originally created with the concept of “Write Once, Run Everywhere” in mind. It is, however, mostly used for backend and Android development – after all, most Android apps used to be written in Java. It’s known as an excellent general-purpose programming language, capable of building complex applications that handle a huge number of users.

Java or Kotlin: which option is better?

When it comes to Android development, it’s rather a given that the future belongs to Kotlin. Newer Android projects are generally written using it since the language was recommended by Google itself, and the fact that Kotlin is fully interoperable with Java makes it even easier to switch from one language to the other.

For developers, perhaps the most obvious benefit of using Kotlin is the fact that they need to write way less code in comparison to Java. It’s generally estimated that using Kotlin reduces the amount of code by around 40%, which makes it less prone to possible mistakes and easier to maintain. It’s a more comfortable language to work with, which is why it’s gained its popularity in the first place.

However, Java software development is an excellent choice for server-side programming, where Kotlin still has some catching up to do. The fact that it’s been around for so long also works in Java’s favour: it has a way bigger community, a robust ecosystem and lots of tools dedicated to it. And while Kotlin may at some point establish itself as the backend language of choice, the road ahead is still a long one.

Kotlin’s creators made the language as simple and brief as possible. This reduces code cluttering to a minimum, ensuring that every line has meaning and isn’t just there for structure’s sake.

Kotlin is a concise coding language, which benefits an entire project in the long run. Not only does it mean it takes the developers less time to write but also, very importantly, less time to read and review, which makes the development process faster and more efficient.

Being an alternative to Java, Kotlin is designed to prevent certain mistakes and errors that are common when using the older language. It gives the ability to handle nullable data efficiently thanks to null-safety, which significantly helps to prevent app crashes. As claimed by Android itself, apps that use Kotlin are 20% less likely to crash.

This is perhaps the most important benefit of them all, especially for those willing to freshen up their Java apps. Java and Kotlin can be used interchangeably, which means you can add new Kotlin code while still having older parts of a system written in Java. To top it off, it is also possible to easily use Java libraries with Kotlin, and the language itself is relatively easy to learn for Java developers.

As we’ve already mentioned, Kotlin was first developed for the Java Virtual Machine. This means that if a device can run the JVM, Kotlin can be used on it. And even though Android development is the main use of Kotlin, its multiplatform features are very promising for building apps for multiple devices while maintaining the perks that come with native development.

Kotlin has quickly established itself as the first choice for Android development and its potential for backend as well as multiplatform programming is continuing to grow. Whether it will eventually replace Java is still unsure, but one thing is certain: Kotlin is here to stay, and its future is very promising.

Yes, Kotlin is one of the most popular programming languages.
In fact, Kotlin gained popularity in 2019 when Google officially announced it as the preferred language for mobile app development in Android. It’s estimated that around 63% of android developers used Kotlin in 2022. And the number is constantly growing. The most popular libraries used in Kotlin include Kotest (testing), Exposed (SQL), and Vaadin (web framework). Kotlin owes its popularity to its ease of learning, multifunctionality, open-source, security, and tool support provided to developers, among other things. In addition, developers praise its lower failure rate, flexibility, easy maintenance, and increased productivity.

Kotlin is definitely worth using in 2023, especially if you want to develop a mobile app in Android.
Since Google announced Kotlin as the preferred programming language for mobile app development in Android, Kotlin has become one of the most widely used languages. And its popularity is growing more and more. That’s because Kotlin is easy to maintain, prevents failures, has native support, is multifunctional and open-source. In fact, global giants such as Netflix, Pinterest, and Uber use Kotlin to develop their mobile apps on Android.

Is Kotlin native or cross-platform?

Kotlin can be used both in native and cross-platform app development. Apps made with Kotlin can work on various operating systems, such as Android, iOS, macOS, Windows, or Linux. What’s more, you can also develop web applications (Kotlin Js) in Kotlin. That’s precisely why Kotlin is called Multiplatform. It means you can develop an app for Android and iOS-based solutions using one code. This solution makes creating mobile and web apps much easier since you can share business logic between all platforms while retaining the ability to create a native UI.

Can Kotlin be used for iOS?

Yes, you can use Kotlin for iOS app development. But not only.
Kotlin Multiplatform is a tool that can be used both in native and cross-platform mobile app development. This means that you can use Kotlin to develop native applications for iOS but also as a multiplatform solution to produce applications for both Apple-provided systems and Android devices.
In addition, with Kotlin you can share business logic between all platforms while retaining the ability to create native UI.

2
Share
Luiza Stelitano Content marketing specialist Content creator specialising in tech and business topics, keeping you up to date with all things digital.
Luiza Stelitano Content marketing specialist
Table of contents
What is Kotlin?
What is Kotlin used for?
Android development
Server-side programming
Cross-platform development
Kotlin vs Java
Java: a brief overview
Java or Kotlin: which option is better?
Benefits of using Kotlin
Conciseness
Security
Interoperability with Java
Going beyond Android
Kotlin programming language: summary
Is Kotlin Popular?
Is Kotlin worth using in 2023?
Is Kotlin native or cross-platform?
Can Kotlin be used for iOS?
Share 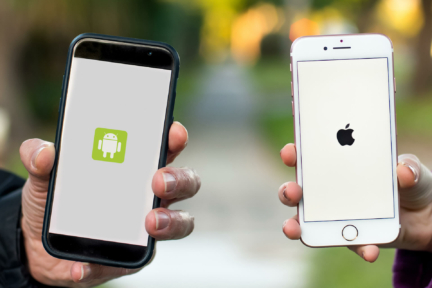 Is Kotlin Multiplatform the future of cross-platform development? Tips on how to get started 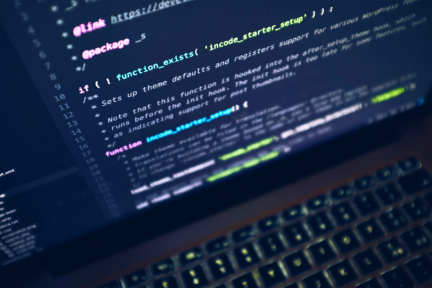