A quick and easy guide to voice assistants

In October 2011, Siri, the mobile voice assistant, was introduced as a feature in the iPhone S4, giving users the unique possibility to issue spoken commands and questions to their devices. It was the first time when voice assistance was made available to a larger audience.

A decade later, voice assistants are all the talk in tech, with researchers predicting the number of devices using voice assistants will triple to an astounding 8 billion by 2023. With the technology being so widely used, it goes without saying that businesses should keep a close eye on it.

In this article, we’re going to cover the topic from the very basics: from what voice assistants are, how they work and how they can be used, all the way to future possibilities. Ready to see what opportunities lie behind voice-based technology? Let’s find out!

What are voice assistants?

In order to make everything crystal clear, we’re actually going to have to go through two definitions.

The first, broader one, would be virtual digital assistants. Those are software apps able to understand human language and perform tasks based on written or spoken input.

Now, voice assistants are nothing more than a type of virtual digital assistants that respond to spoken commands.

Voice assistants can thus perform a variety of tasks including answering questions, making calls and sending messages, playing your favourite music, setting up alarms and creating to-do lists, and much, much more.

How do voice assistants work?

Communicating with a voice assistant is so simple it almost makes us forget how impressive the technology behind it actually is.

If you’ve ever used a voice assistant on your phone, then you know that it first needs a keyword that activates it, like ‘OK, Google’. When you pose a question or give a command to your voice assistant it is converted thanks to the use of Automatic Speech Recognition (ASR), which enables the device to recognise and translate it from speech to text.

After that comes text interpretation: thanks to Natural Language Processing (NLP), the machine can identify the intent behind what you said, the meaning of the words as well as context.

Now that the machine knows what was said and (presumably) what your intention was, it can search for a valid answer, and respond accordingly. The response is converted from written to spoken form using a text-to-speech (TTS) technology, and voila: your voice assistant speaks. All done in a matter of seconds!

Create your own, custom voice assistant solution with our team of experts

There’s a variety of voice assistants currently on the market, but some of them have become so widely used, it’s pretty much a given you’ve heard about them in one way or another.

Let’s take a closer look at what they have to offer.

Google Assistant was introduced into the market in 2016, and deployed to Android devices a year afterwards, making it a natural rival to Siri. The tasks Google Assistant can perform don’t vary much from what Siri is capable of, though it is sometimes referred to as ‘the smarter’ out of the two. Google Assistant can also be used to control smart devices compatible with Google Home.

Contrary to Google Assistant and Siri, Alexa is speaker-based, meaning it’s not installed directly on your smartphone, but rather receives your commands through Amazon Echo speakers. It is considered the best voice assistant for home automation, as it integrates with a large variety of smart home devices.

Developed in 2014, Cortana is an assistant created mainly for the purpose of Windows 10 and Microsoft 365 products, making it possible for users to organise and manage their work more efficiently. Even though it is similar to Siri and Google Assistant in its abilities, Microsoft has been struggling to keep up with the big players, and as of 2021 Cortana is no longer supported for iOS and Android.

How voice assistants can help your business

We’ve established that voice assistants can help to ease our everyday lives by a lot, but that’s not the end of it. Voice assistants have also proven to be beneficial for business when they’re put to good use. Let’s browse through some of the possibilities!

Virtual assistants as a whole can make customer experience way faster and more personalised, and with more and more people using voice technology, companies should be aware of how they provide their clients with the best experience possible. An AI-powered voice assistant is a great way to quickly provide people with the answers they need, without having to engage your employees at all.

Curious about a real-life example? Check out PZU’s custom voice assistant we helped to build!

This one can be easily traced back to customer service – when a voice assistant is taking care of your clients, your employees can focus on more important tasks. But that’s only one example. With voice assistants, things such as time reporting, writing e-mails, setting reminders, organising meetings, and countless other mundane tasks are done more quickly and efficiently.

International business relations are an everyday occurrence in the age of globalisation, but language barriers can still prove to be an issue that needs to be tackled. Translation with the use of voice assistants has become much more accurate (with Google Assistant’s interpreter mode being a good example, and can help to make communication a lot smoother and easier to understand for all the parties involved.

Life in an office can become pretty chaotic sometimes, especially when it comes to large companies. The most obvious aid from voice assistants in terms of organisation comes in the ability to quickly set up meetings, calls, reminders, etc., but that’s not all. They can also prove to be a huge help in terms of HR support, helping to navigate internal company documents and policies in a much quicker way.

Accessibility has been a hot topic in the tech world for many years, and the trend to make digital products available to every type of user is only going to continue. By integrating voice assistance into your products, you make them accessible to people with visual or movement impairments and gain a competitive advantage.

The future of voice assistance

With a predicted global revenue of $19 billion for 2022, there’s no doubt that voice assistants are here to stay. The general expectation for the future is that voice assistants will become increasingly better at recognising words, voices, meaning, and context behind commands, and will be able to aid us in an even more precise and personalised way.

Voice assistants may be able to hold a human-like, perfectly natural conversation, which is something Google is already trying to figure out. The technology will also greatly influence how search on the internet is performed, which means new opportunities for product promotion and marketing. And with smart home devices being more prevalent every year, it is safe to say that voice assistants will become more entangled in our lives, making our everyday tasks less of a bother.

Want to learn more about voice assistants? Or maybe you have an idea for a unique digital solution? Get in touch with us and let’s build a voice assistant of the future together!

Computer vision: learn all the basics 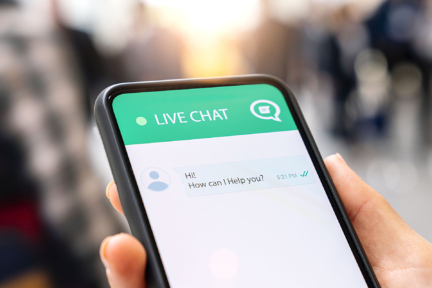 What are chatbots? A simple introduction 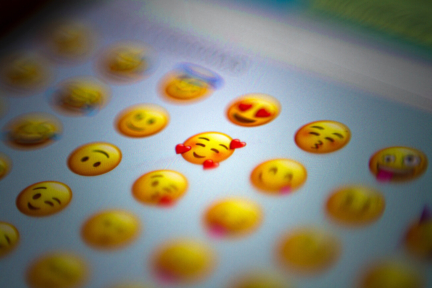 What is sentiment analysis and how can it be used in business? Our case study